Diversifying the Vineyard with Truffles 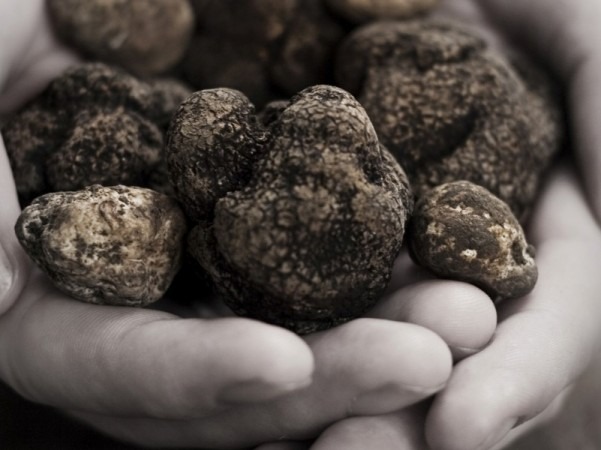 The world’s most coveted and expensive edible may be coming to a vineyard near you, thanks in part to the American Truffle Company, a business that is introducing the science of truffle cultivation to the wine world. Unbeknownst to many, truffles can be coaxed to grow beneath young oak and chestnut trees, whose roots have been inoculated with tuber melanosporum/aestivum, the truffle fungus. In fact, 95% of the winter Perigord truffles from France are sourced from inoculated trees.

Given the symbiotic relationship between wine and food, it was only a matter of time before the concept of cultivating truffles caught on in the vineyard. “Biodiversity plays a large role in our biodynamic [Carneros] vineyard, so planting a truffle orchard really made sense,” says Robert Sinskey of Sinskey Vineyards, which is home to Napa’s first truffle orchard. Robert’s wife, Maria, who leads the culinary program at Sinskey, couldn’t be more thrilled at the prospect of growing truffles on site, which will only further the allure of Sinskey’s wines and tasting room.

In Templeton, Calif. (near Paso Robles), the owners of boutique winery Giornata are planning a truffle orchard of their own, which they hope will diversify their vineyard and enable them to become a local truffle source. “There are a select few restaurants on the Central Coast that could really benefit from having truffles grown right in the area,” says co-owner Stephanie Terrizzi. “We would love to sell them locally.”

“In the past, many wineries have diversified their vineyards with olive trees,” says Robert Chang, managing director of the American Truffle Company. “But the cachet of producing truffles is much greater and their profit significantly higher.” Chang, who is designing truffle orchard programs for a number of prestigious wineries in Napa and Sonoma counties, has seen the wine industry’s interest in truffle cultivation rise sharply within the last year. “The wine industry is just beginning to realize the mystique of planting a truffle orchard,” he says. “We’re on the verge of a very significant trend.”