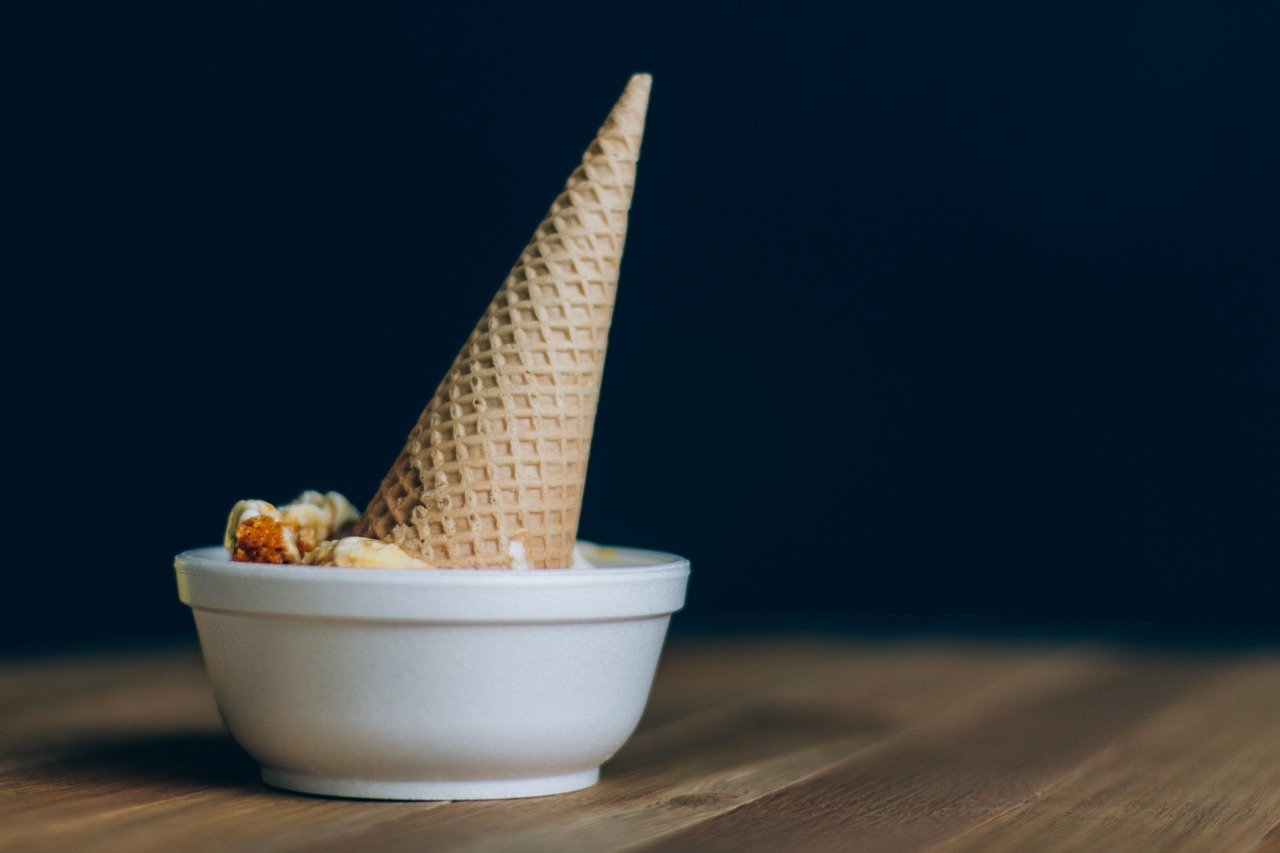 The next time you order foie gras, you may be handed an ice cream cone. No, you haven’t stepped into an episode of the Twilight Zone, but rather the hottest, er, coldest ice cream trend since the invention of the chocolate sprinkle. Ice cream has finally crossed the savory divide, and the nation’s top restaurants are in full participation.

At “RM Seafood” (NOW CLOSED) in Las Vegas, guests can order a tasting of 16 savory scoops, including jalapeño, spicy carrot, pepper, and black truffle, the latter of which could easily be mistaken for chocolate chip. At the Los Angeles restaurant “Sona,” chef David Myers offers savory ice cream as an amuse bouche—white beer, mustard, shiso (Japanese basil), and fennel—or as a light accompaniment to starter courses. Patrons of “Francesco at Mix,” Alain Ducasse’s New York eatery, can partake in warm asparagus spears capped with a creamy dome of parmesan ice cream.

But perhaps the most world’s most daring ice cream diva is Taiwan’s Liny Hsueh, or “Dr. Ice,” who dishes out scoops of strawberry tuna, pineapple shrimp, and cuttlefish, whose color is reminiscent of thundercloud grey.

For those who can’t stomach the notion of fish for dessert, may we suggest the Valrhona chocolate tart at “Sensi” in Las Vegas’s Bellagio Hotel, which is accompanied by spiced cashews and ice cream enriched with pandan leaf, a popular savory flavoring in Asia. After all everything tastes good with chocolate.