From Ardbeg Distillery: A Secret Ingredient 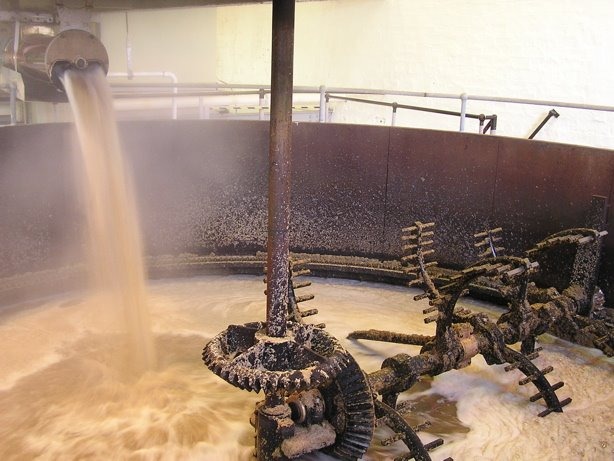 Perched on the Isle of Islay, a raw, mist-driven island off the west coast of Scotland, Ardbeg Distillery has been renowned for its complex, smoky Scotch for nearly 200 years. After the Old Kiln Café was added to its visitor’s center in 1997, however, the Scotch was forced to share the spotlight—at least to those who appreciate a good meal.

“Our food is very unique to the area so everyone really embraces it,” explains Jackie Thomson, the café’s manager. “We found there to be a real demand for this sort of thing.”

Housed in Ardbeg’s original 1815 kiln room and malt barn, the Kiln Café emerges like a warm, welcoming beacon on the often blustery landscape, its twin pagoda roofs rising ceremoniously into the air like points on a crown. Inside, the visitor’s shop bustles, while appreciative murmurs from the adjoining whisky tasting and nosing bar acts as soothing mood music. The furnishings are modest. The mood, relaxed. The smell, marvelous—a mixture of cinnamon and peat smoke, with a dash of salt delivered from the surrounding sea.

“Originally, we planned to serve only simple treats like scones and tea,” says Thomson, whose husband, Stuart, acts as Distillery Manager. But resident baker, Mary McKechnie, had a yen for culinary experimentation, especially when it came to Ardbeg’s arsenal of barley grist.

Consisting of barley that has been malted, dried, and crushed, grist is the primary ingredient in Scotch. And on Islay, the grist is often dried over peat, a practice that imparts a deeply smoky flavor to most of the whisky produced in the region.

“Islay distillers have traditionally used peat-heated kilns to dry the malted barley because there is no coal and very few trees on the island,” explains Adam Hannett, a mashman at neighboring Bruichladdich Distillery. “That’s why so many Islay malts have such a pronounced smoky taste.”

With a mildly sweet, chestnutty flavor, an aroma that declares “beach barbeque,” and a texture that looks suspiciously like wood chips, peated grist is an unusual fellow—definitely not the sort you’d invite to tea without getting to know him a bit better. So what gave McKechnie the guts to graciously wave him into her kitchen?

“We really like to utilize all of our resources,” explains Thomson. “We use locally-grown produce, Islay-raised meat, regional fish—why not the distillery’s grist?”

Well, for starters, Ardbeg produces the most heavily-peated Scotch in all of Scotland. Many would consider baking with its grist a shameful waste of some potentially great whisky. But in the battle between commonsense and a chef’s curiosity, McKechnie’s curiosity triumphed after she casually slipped some of Ardbeg’s grist into a batch of bread dough. The result was an epiphany: plump, chewy bread rolls enveloped in an earthy veil of peat smoke.

“People are really taken aback by the flavor because they don’t expect bread to taste smoky,” says Thomson. “But it’s incredibly delicious. The grist gives the bread just a wee bit of smokiness; the flavor really leaves an impression.” McKechnie likes to serve the rolls with Scottish gravlax and a dram of Ardbeg 75, or alongside a thick, brawny stew, like lentil with smoked ham.

After its debut appearance, Ardbeg’s grist quickly found its way itself into other menu items, like the Scottish cranachan (fresh whipped cream and local raspberries speckled with sweetened, toasted grist), baked chicken wrapped in a crunchy grist-Parmesan cheese crust, and that revenge-inspiring clootie dumpling. And while Thomson doesn’t see the café expanding to include dinner service anytime soon, it has begun to offer catering services for events like weddings, private parties, and music concerts.

“We’re always looking for something different,” says Thomson. “That’s what keeps our customers coming back.”