High Spirits: The Newest Distilleries in the West 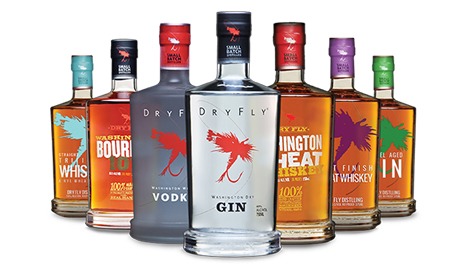 Boutique distilleries are blooming across the West like wildflowers as distillers begin to discover the region’s exceptional natural resources. Varying in shades of flavor and character, these handcrafted spirits are destined to satisfy nearly every palate or mood.

Dry Fly Distillery, Spokane, WA
A passion for fly fishing and the beauty of the Pacific Northwest inspired Don Poffenroth and Kent Fleischmann to create Dry Fly Distillery, a venture that would embrace sustainable resources and local ingredients. The first grain distillery in Washington State since before Prohibition, Dry Fly produces gin, vodka, and a newly-released Wheat Whiskey that’s nearly impossible to keep on the shelves.
www.dryflydistilling.com

12 Bridges Gin, Portland, OR
Twelve botanicals stretch across the palate in every sip of this Portland, Oregon-produced gin, aptly named for 12 bridges that expand across the Williamette and Columbia rivers. A marriage of London dry gin and Dutch genever, 12 Bridges exudes flavors of spicy ginger, sweet Norwegian blue juniper, citrus, and cucumber—the latter of which is infused into the gin during the distillation process.
www.integrityspirits.com

High West Distillery, Park City, UT
Snow skiis are the dress code at this “gastro distillery” residing in the Rocky Mountains, where visitors come to partake in snacks and liquid sustenance after a day on the slopes. The first legal distillery in Utah since the 1870s, High West produces Rendezvous Rye Whiskey (a non chill-filtered blend), as well as Vodka 7000, which is made from locally-grown oats and snowmelt water.
www.highwestdistillery.com

RND Vodka, Colorado/Santa Barbara, CA
Nano-scientist Michael Wrysta is the main brain behind RND vodka, a spirit obsessed with purity. Recently introduced to the Santa Barbara, Calif. market, RND is custom-made at a craft distillery in Colorado, a region known for its exceptionally pure Rocky Mountain water. Distillation of the corn-based spirit occurs 10 times through a continuous glass column still, resulting in a product that is simply ethereal in flavor.
www.rndvodka.com