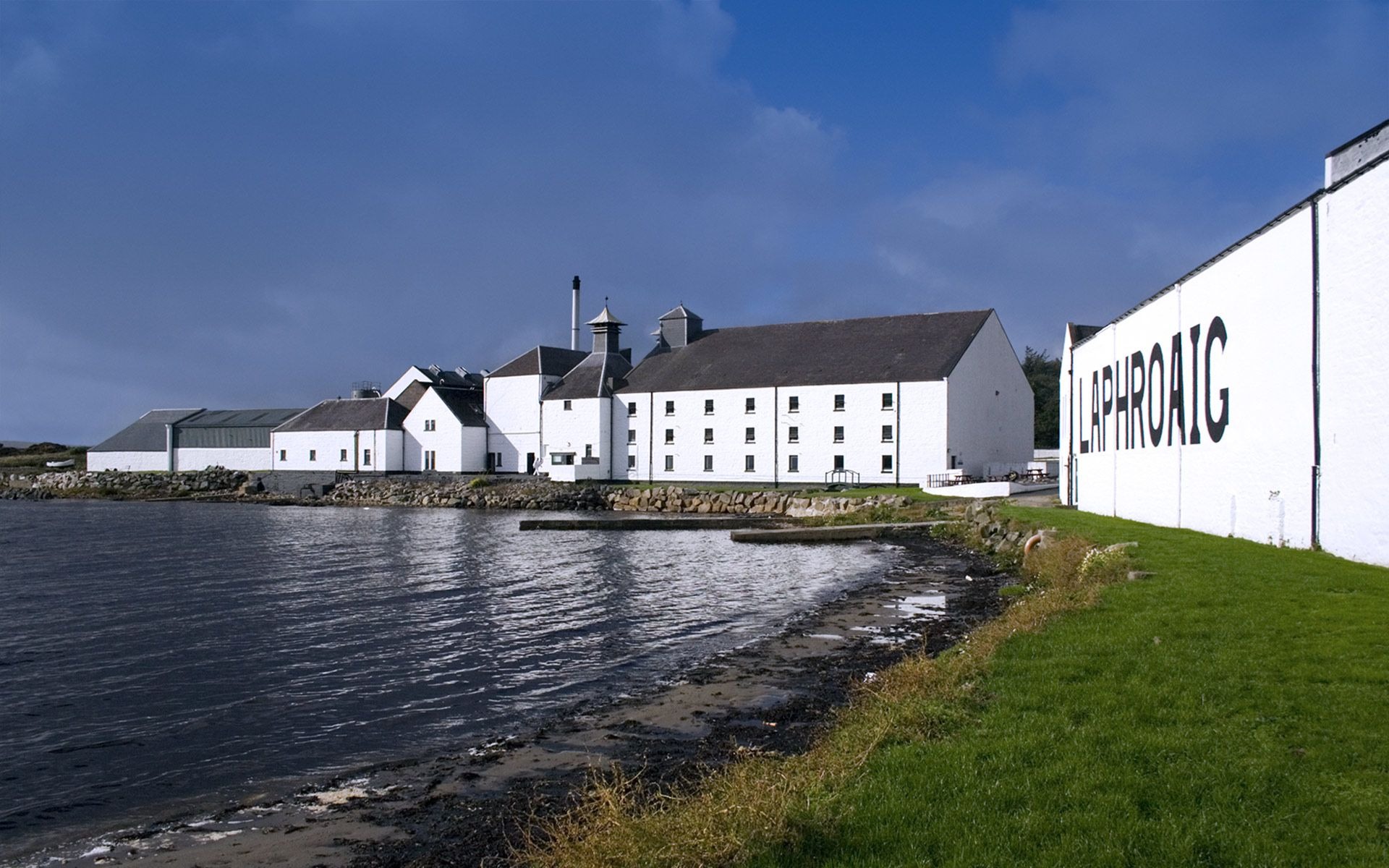 With its virulent peat-smoke scent, sea salt tang, and a flavor reminiscent of “cough syrup,” Laphroaig(pronounced la-Froyg) may seem like a dubious choice for the “Best Single Malt Scotch Whisky in the World.” But in 2005, Laphroaig’s Original Cask Strength malt was awarded that very title by Whisky Magazine, as well as three gold medals at the 2007 San Francisco World Spirits Competition.

“Laphroaig is definitely an acquired taste for some people—like caviar or oysters,” says Ken Lindsay, Laphroaig’s Brand Ambassador. “For others, their first dram is like a rite of passage. They say, ‘Oh my God, this is what I’ve been looking for all these years!’ It’s as though they’ve found their soul mate.”

Located on the Isle of Islay in Scotland’s Western Hebrides, Laphroaig resides amongst eight whisky distilleries, including Bowmore, Lagavulin, and Ardbeg. Yet it is Laphroaig that sells the most whisky by volume, a distillery that’s been producing some of the world’s most distinctive, single malt Scotch for nearly 200 years.

Stephen Naguschewski, a whisky enthusiast from Goettingen, Germany, was “flabbergasted—in the most positive sense” the first time he tried Laphroaig. “I never realized a whisky could be so expressive,” he says.

“It’s so full of character,” agrees P.A. Ohlsson, a fellow fan from Nassjo, Sweden. “I actually don’t remember if I liked it the first time I tasted it, but I do know I wanted to introduce it to all my friends and colleagues.”

In fact, both Naguschewski and Ohlsson, and more than 200,000 whisky fans were so impressed by the malt, that they joined Friends of Laphroaig, the distillery’s own “fan club.” Since its inception in 1994, the organization has gained an international following, with its membership representing over 150 countries worldwide. Friends are eligible for exclusive bottlings, restricted auctions, and shop discounts, as well as access to the private, online forum, where many find a comforting sense of solidarity amongst other Laphroaig followers, like Peter Hughes in Saskatchewan, Gary Finnigan stationed in Iraq, and Jan Coconis in Southern California.

Perhaps the club’s most unusual perk, is the gift of one-square-foot of Laphroaig’s land from a field reserved exclusively for members. Each registered plot comes with the promise that rent will be paid annually by the distillery in the form of one dram, (which can only be collected if they make a pilgrimage to Islay).

Although he has been a fan of Laphroaig Scotch whisky for more than 10 years, Harry Williams of Wolverhampton, England, had not journeyed to the distillery until this past summer. When he finally made the pilgrimage, he was sure to bring his collection of 40 small metal disks, each one collected from the top of a Laphroaig bottle and neatly stacked in a black plastic, film canister. He had high hopes of trading them in for a coveted bottle of the fruity, 30 year old malt.
Before his scheduled tour, Williams was forced to drive past the distillery three times.

“It was like driving past the gates of heaven and not being allowed to enter,” he says, showing off the grains of Laphroaig’s smoked barley hidden in his film canister. “They gave me these,” he says proudly, with a level of adoration that clearly only a devout fan would understand.