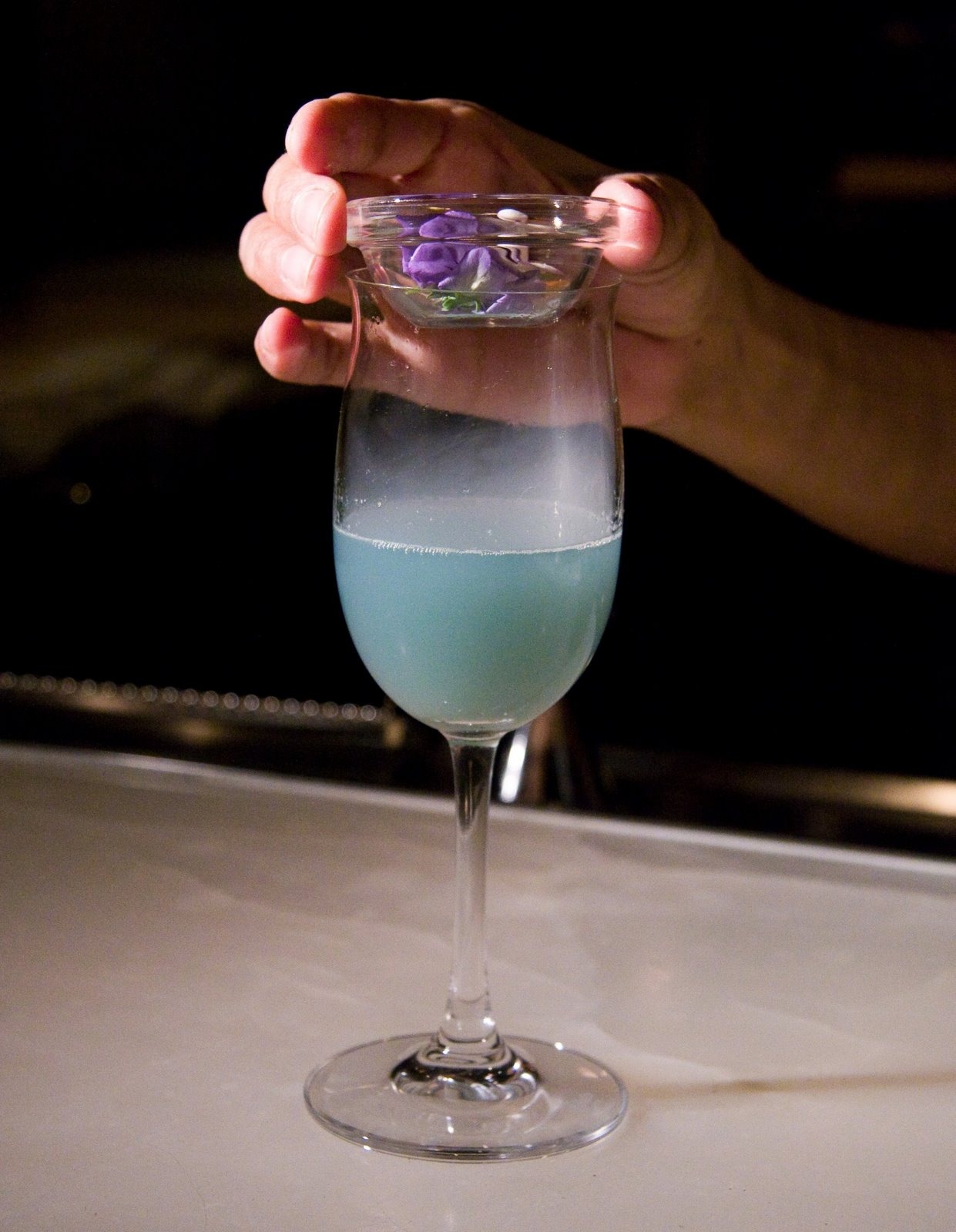 At DOSA on Fillmore, San Francisco’s newest South Indian eatery, mixologist/consultant Jonny Raglin strives to create cocktails that can stand up to the restaurant’s rich, pungently-spiced cuisine. For this, he turns smoke, one of the freshest and most innovative cocktail flavors to recently waft across the country.

The Smoked Cup—a fragrant blend of mezcal, Pimm’s black cardamom tincture, ginger beer, and cucumber dusted with smoked salt—is heady and refreshing, with a delicate smoky finish that lingers on the palate. “Smoke is an amazing flavor because it transcends the normal concept of taste,” says Josh Durr of Molecular Bartending in Louisville, Ky. “It’s not sour, bitter, sweet, or salty, but it could be considered umami.”

To permeate a cocktail with a smoky flavor, some bartenders place ingredients such as spirits, liquids, or garnishes directly into a smoker. At New York’s Tailor, for example, bartender Eben Freeman embellishes The Waylon, a Bourbon-based cocktail, with cola syrup that has been smoked over cherry and alder wood. Durr prefers to smoke only the cocktail’s ancillary ingredients, which he finds gives the drink an intricate finish.

With bacon’s recent rise to cult-like status, it was only a matter of time before it’s smoky appeal found its way into the cocktail. Peter Vestinos, beverage director at Wirtz Beverage Group, and others like Don Lee from New York’s PDT, infuse bacon into spirits by a technique called “fat washing,” which involves steeping hot bacon in a spirit for 4 to 6 hours, and then freezes it until the fat solidifies and can be skimmed off. Vestinos, former bartender at Sepia in New York, utilized bacon-infused vodka in his Bacon Bloody Mary, which is combined with maple syrup, tomato juice, and liquid smoke, and served in maple-sugar-rimmed glass. “It is possible for smoke to overpower a cocktail, however,” Vestinos warns. “Smoky cocktails should be like smoked meat. The meat should be the focus, while the smoke adds a complementary layer of flavor.”

Kim Haasarud of Liquid Architecture prefers to use naturally smoky spirits in her cocktails, such as mezcal, which she blends with blood orange juice in her Sunburned Margarita. Others, like Peter Vestino, give their cocktails a subtle smoky flavor by using a smoky Islay Scotch as an ingredient or glass rinse.

“The most important thing to remember is that flavor balance is key,” says Josh Durr. “Too much smoke can leave you not wanting to relive the experience.”


Instructions for smoking spirits at home:
Place your chosen spirit (or liqueur, syrup, garnish, etc.) into a shallow pan and place, uncovered, over aromatic wood in a conventional grill. Tightly seal the grill with a lid and allow the mixture to smoke. Sample every 30 minutes until the desired flavor is achieved.

Directions: Build in an Irish coffee cup. Stir well until honey is dissolved. Garnish with a sliver of ginger.